Hello everyone, and welcome back to The Autistic Writer.

This has been a week in which little things have brought me to a place where I am reassessing myself. The learning curve I’ve been on since my autism diagnosis continues. The week started off in a very standard, usual way, and I was in my comfortable weekday routine: Get up, have breakfast, go to the office, do my job, go for a walk and listen to my audiobook at lunchtime, do some more work, listen to my audiobook on the way home, have dinner, shower, write, watch a little TV, read, sleep, repeat. Routine keeps my mind steady and my anxiety in check. This gentle, comforting routine kept everything fine until, erm… 5pm Tuesday…

After leaving the office Tuesday, I had to go for my Covid vaccination shot. I knew this was coming, I’d tried to mentally prepare for it, and I was looking forward to actually getting the shot. But one of the difficulties I experience due to my particular combination of coordinates on the spectrum is the anxiety that occurs when I’m going somewhere and there is any doubt about the route or destination. I was going to a large hospital for my shot, but I was unsure about exactly where in the hospital I was supposed to go. My wife was driving me there, and we had plenty of time, but even so I could feel an underlying unease. I should have known this would lead to problems at some point down the line.

In the end, we found the vaccination centre really easily, and I was in, injected, and out again quickly, thanks to a very efficient system. The process was not stressful at all. But the point here is, the damage had already been done to me on the journey there; that little bit of anxiety had created a tension, and it wasn’t going away.

Wednesday morning came, and at work I had another disruption to my daily routine: A chat with a physiotherapist about my back, my leg and my shoulder. The upshot from that was that it was going to take a series of appointments with the physio, who thinks my back and leg will gradually get better, but my shoulder will not. This was not something I wanted to hear. The disruption to routine, along with the unwelcome news, compounded the residual stress from the previous evening’s disruption, and the tension went up a notch…

Thursday morning came, and for various reasons, I was encountering a lot of noise everywhere I went, just from different people going around doing the things they do. But the noise was grating on me. At some point, the continuingly noisy environment triggered me. Anyone looking at me from the outside probably wouldn’t even have noticed a change, unless, perhaps, they might have thought I’d got a headache as I rested my head in my hands for a moment, before carrying on doing my stuff. All the turmoil was on the inside…

From this point, I felt like I was thinking through fog. Concentration and focus on carrying out my tasks became a monumental effort. I knew I was going to be prone to making mistakes now, so I double-checked everything I was doing. It was exhausting. When I got home in the evening, my stress levels were so high I couldn’t focus on writing, so nothing got done on the novel Thursday night. Somewhat ironically, this meant a change to my routine (not writing instead of writing), which annoyed me. The tension increased.

Friday morning, I got work and encountered a couple of unusual minor challenges to resolve. It was okay, I dealt with it, but it had come at a time when I was already triggered. And then, the noise started: Some workmen in the building doing some extremely loud drilling. It lasted maybe ten minutes, but coming on top of all the little stressors that had accumulated through the week so far, it was enough to tip me over the edge. Again, anyone looking from the outside wouldn’t have noticed much of a difference in me. Decades of unconscious masking has given me the tools to do that. But internally, I could barely think straight. Again, I had to double-check, and then triple-check every task I completed. I’m confident I did a good job of everything… Except one little error that slipped through, and it was fascinating in retrospect, because I learned something about who I am as an autistic person.

This was an eye-opening moment for me. I had already become aware of executive dysfunction, but I’d thought it was mainly something that affects the ability to make decisions and plan. (People who know me, particularly those who worked with me during my management career, would probably say that decision-making and planning were two of my strengths, but the truth was I have always found those tasks incredibly difficult, and I am only good at them because of the intensive focus I can bring to them – another of my autistic traits). However, I had also recently started to think about executive dysfunction in terms of issues with working memory. I even posted something on Reddit, having a little laugh at myself for problems with working memory, and wondering, not for the first time, if I was a potential candidate for early-onset Alzheimer’s – and I’m not saying that lightly or in any way disrespectfully; it has been something I’ve worried about for a while.

The incident at work, with the items I’d left on an adjacent desk, now brought it home to me that, yes, this is executive dysfunction. This kind of issue has affected me countless times over the years. It’s one of those things that some neurotypical people will shrug off with a comment like, Oh, anyone can be a bit forgetful at times. But it’s not about being forgetful; it is about being unable to mentally connect related ideas. I knew exactly where those two items were, at one level of cognition; but they were in a separate mental compartment to the second task for which they were needed. And thus, while I was focusing on the second task, those items were not there.

This was a scary realisation for me. Like so many times since being diagnosed, I had the sense of things falling into place, a new context applied to my life, my memories, that internal narrative of self that defines, and now redefines, who I am. Just now, I can’t think of a clearer example of how the autistic brain is different to the neurotypical brain.

Executive dysfunction is almost an umbrella term for a group of disruptions to cognitive processes, in particular, processes that control other cognitive processes. I’m no expert on this subject, but I’m aware that some may argue that what I’m describing is actually dysexecutive syndrome, or merely a problem with working memory. But my limited understanding of this is that both those conditions would depend directly from executive dysfunction anyway, which is where the neurological issue resides. I would be very happy if anyone with expertise in this area would comment on this blog.

Before I finish for this week, I just want to go back to the subject of Covid vaccination. I want to express my gratitude to the people working at the vaccination centre, and also all the brilliant people who have worked to bring these vaccines to reality. My admiration for them is boundless, as is my contempt for the anti-vaxxers, and idiots who believe vaccines cause autism. I like to use humour to ridicule dangerous idiots, and I’ve had some fun on social media talking about vaccines just lately…

That’s all for this week. Please feel free to leave a comment, either here or on Twitter.

I don’t charge for access to this blog, and I have no intention of ever hiding behind a paywall. If you like what I’m doing, and want to chip in a little, you can “buy me a coffee” by clicking the icon below.

I’d also like to recommend David Scothern’s excellent blog, Mortgage Advisor on FIRE, which is a brilliant discussion of both financial and mental health issues.

Until next time, look after yourselves and stay safe.

You can find my books on Amazon.

Along this journey, as my understanding of autism issues has developed, I have changed my mind about some things, and tweaked my opinions on others. This is a natural part of learning and growing as a human being. Any contradictions between my older blog posts and newer blog posts reflect this learning process.

Part 90: The Child is Father of the Man 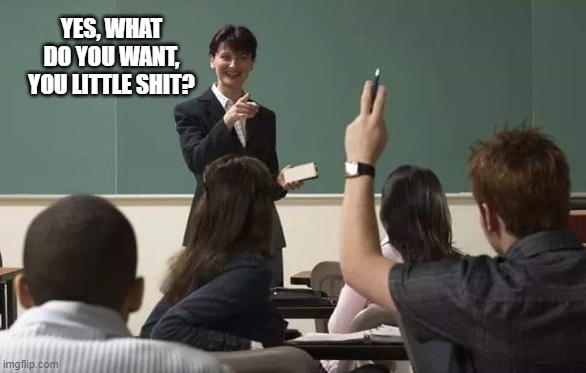 Is there an autism-related subject you'd like me to cover in the blog? Drop me a line at TheAutisticWriter@outlook.com, or private message me on any of the major social network channels.